Posted on Aug 12, 2022 | By Vasanthakumar Thangaprakasam

The infamous APT29 group has resurged in recent widespread campaigns that resort to credential extraction for gaining deeper access to vulnerable networks. Widely deployed platforms from Citrix, Fortinet, Pulse Secure, Synacor, and VMware are all in the crosshairs of APT29, bent on stealing credentials.

This blog details the Tactics, Techniques, and Procedures (TTPs) of the APT 29 group deployed in their recent campaign.

The APT29 threat group has been attributed to the Russian government and is operating since 2008. This group reportedly compromised the Democratic National Committee starting in the summer of 2015.

Popular by the acronyms Nobelium, Cozy Bear or APT29, the group was also called out to be the Russian Foreign Intelligence Service (SVR) in a recent joint advisory released by the Cybersecurity and Infrastructure Security Agency (CISA), the Federal Bureau of Investigation (FBI), and the National Security Agency (NSA).  The advisory came in at the time of the Russia-Ukraine cyber war, with economic sanctions imposed against the Russian government, tech firms, and nationals.

APT 29 is distinguished by its commitment to stealth and sophisticated implementations of techniques via an arsenal of custom malware. It typically accomplishes its goals via custom compiled binaries and alternate execution methods such as PowerShell and Windows Management Instrumentation (WMI). APT 29 has also been known to employ various operational cadences (smash-and-grab vs. slow-and-deliberate) depending on the perceived intelligence value and/or infection method of victims. 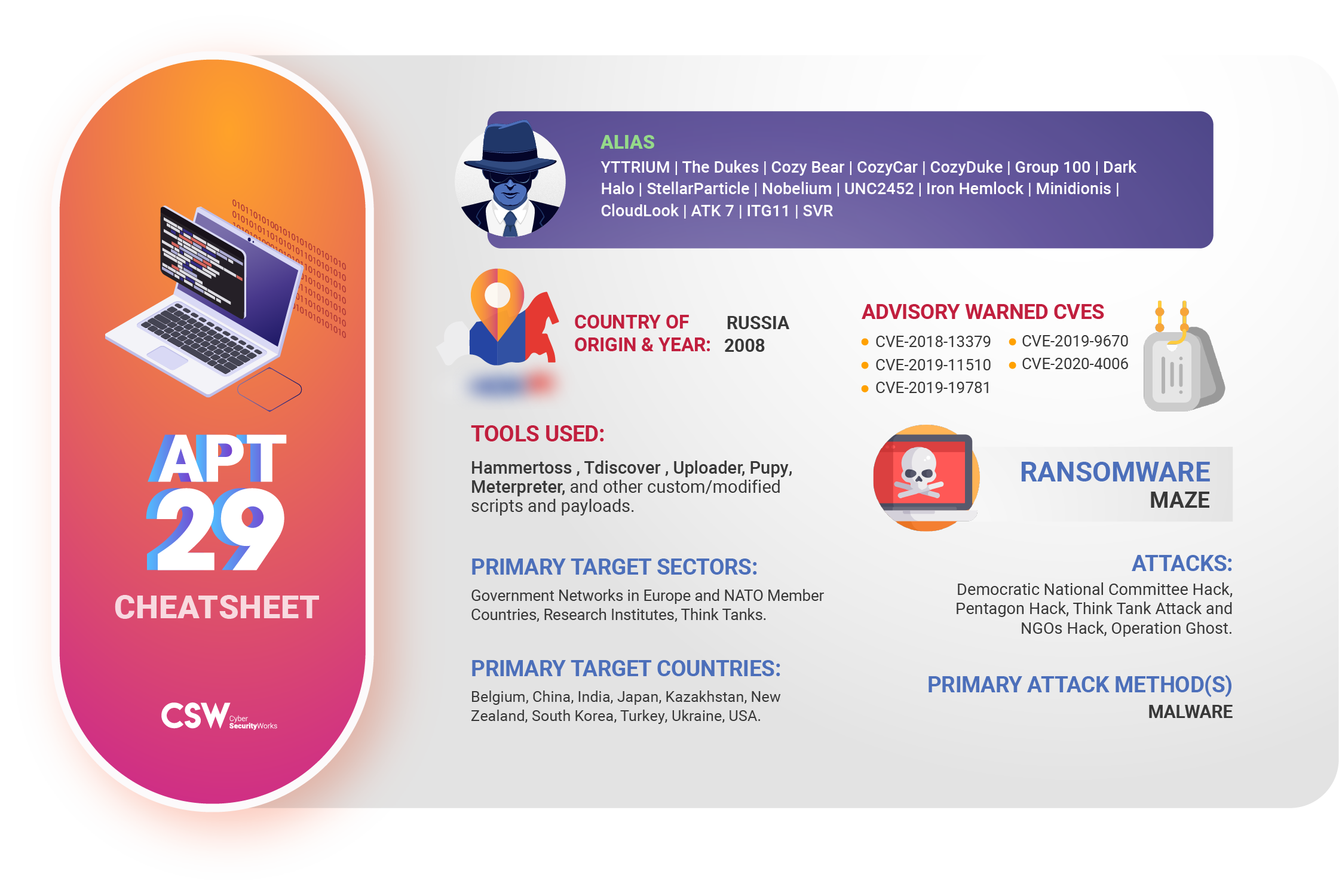 Pupy, Meterpreter, and other custom/modified scripts and payloads were tested and developed to execute the attack. Pupy and Meterpreter were chosen based on their available functionality and similarities to the adversary's malware within the context of this scenario, but alternative red team tooling could be used to accurately execute these and other APT29 behaviors. 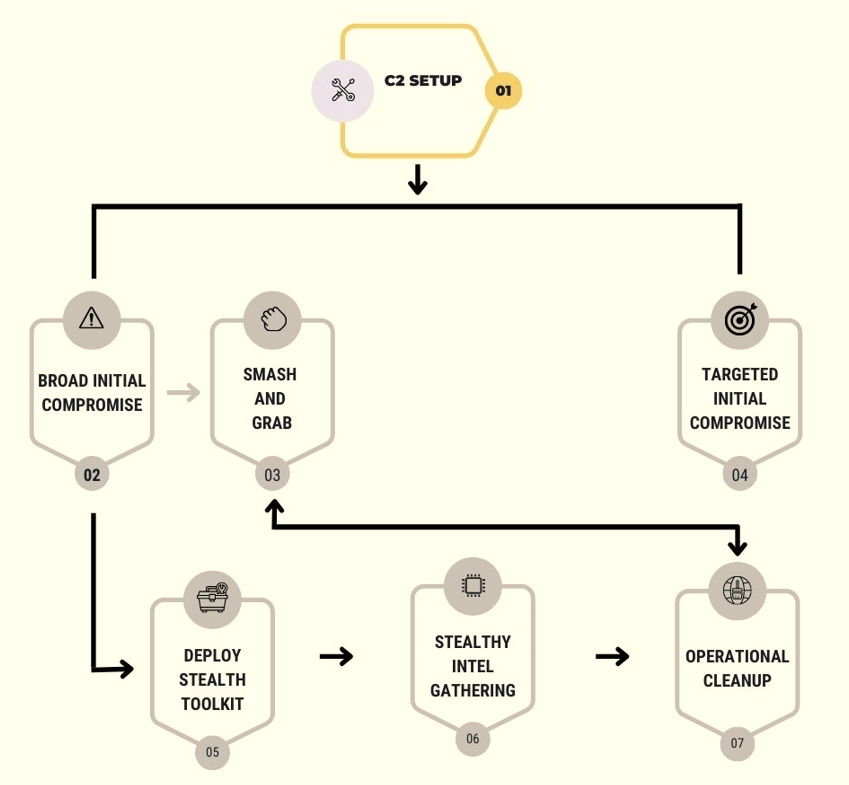 The Operations Flow chains techniques together into a logical order that commonly occurs across APT29 operations. In the case of APT29, we break their operations into two distinct scenarios:

CISA, FBI, and NSA revealed five bugs exploited by Russia’s APT29 group. The exposure drew attention to five vulnerabilities in popular enterprise equipment that have and are still being abused by Russian state hackers to breach corporate and government networks.

CSW has a proactive approach to identifying and determining the risk before an attack. We can support organizations to maintain cyber hygiene by continuous monitoring, scanning, prioritizing patching, and thus help mitigate risks.

The campaign has targeted organizations across multiple sectors, including government, consulting, technology, and telecom, mainly in the regions of North America, Europe, Asia, and the Middle East. Industry reporting referred to the actors involved in this campaign as UNC2452, NOBELIUM, StellarParticle, and Dark Halo.

CSW’s extensive research into threat actors and the vulnerabilities they exploit has unearthed a humungous 53 vulnerabilities associated with the APT29 group. Get in touch to know more about our research.

With the latest data intelligence being targeted, organizations involved in COVID vaccine research are at high risk and are recommended to use the IoCs to detect signs of APT29 intrusions in their network. According to the results of this threat group, one can interpret those simple tactics, techniques, and procedures, combined with social engineering methods, can lead to successful implementation of cyberattacks on any information system and become a real cyber threat.

CSW’s AI-based threat and vulnerability intelligence can help organizations look ahead and predict the possibility of future attacks.

Sign up for CSW’s ASM-as-a-service and VMaaS, and keep networks secure.