Is Conti Ransomware on a roll?

{Update August 2021}: In a recent development in early August 2021, a disgruntled Conti RaaS affiliate leaked some of the gang’s core training material, as he was unsatisfied with his cut for a ransomware attack. The publicly available data includes Cobalt Strike C2 IP addresses and ransomware attack tools and training details, all the more reason for organizations to watch out for all possible attack vectors weaponized by the Conti group.

The Conti group is associated with three vulnerabilities. If these had taken precedence in the CVE patching priority, the series of Conti attacks could have been avoided.

Let us take a look at the different recent incidents in which the Conti group has been involved. 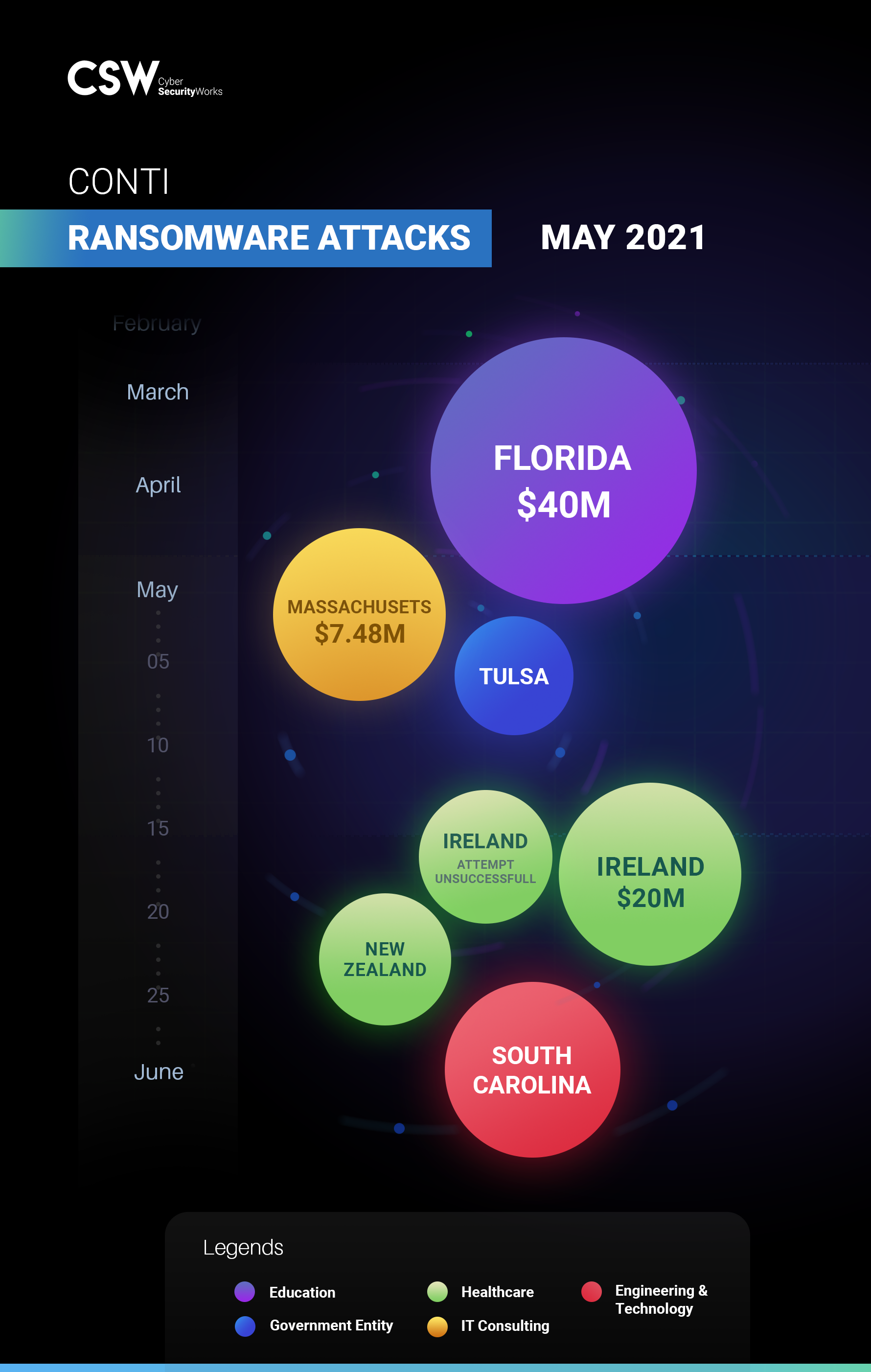 The Ireland HSE incident shook the health industry, closely following in the wake of the Oil industry’s Colonial Pipeline attack; IT systems had to be shut down, leading to chaos in rendering regular health services. Exagrid paid a $2.6M ransom in the form of 50.75 Bitcoins for a decryption tool and to prevent data from being leaked. In more recent updates in the last week of June 2021, Conti claimed responsibility for an attack on the city of Tulsa in early May, leaking over 18,000 city files on the Dark Web. Three Canadian companies - an Internet provider and an engineering firm, both from Ontario, and a Quebec-based insurance broker - have also fallen victim to the group, according to Conti's website.

It is widely believed that Russia’s Wizard Spider Advanced Persistent Threat (APT) group uses the Conti ransomware in its attacks. 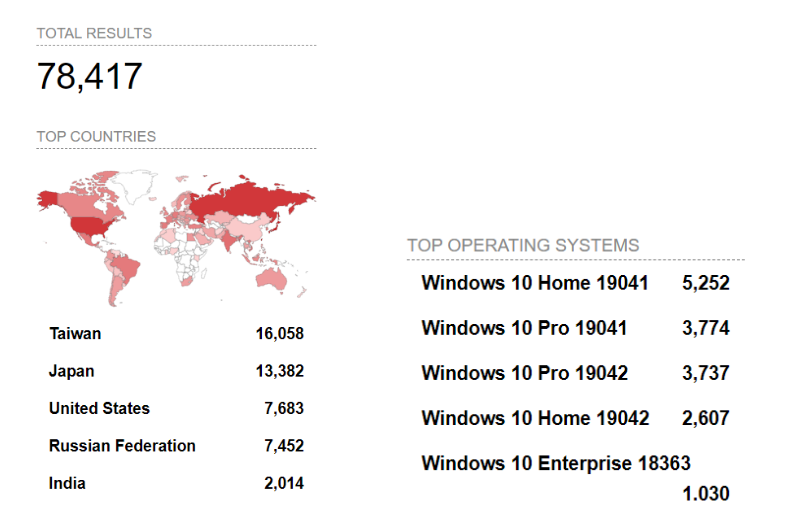 There are over 60,000 deployments of FortiOS worldwide, according to Shodan, with the US ranking first on the list. 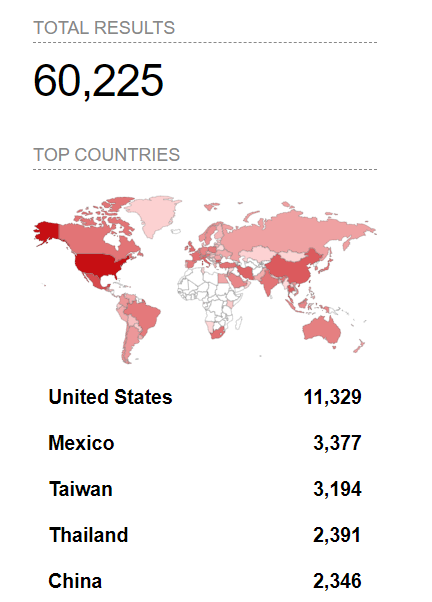 Looking at multiple attacks involving Conti ransomware, we have understood the following to be their overall attack methodology. 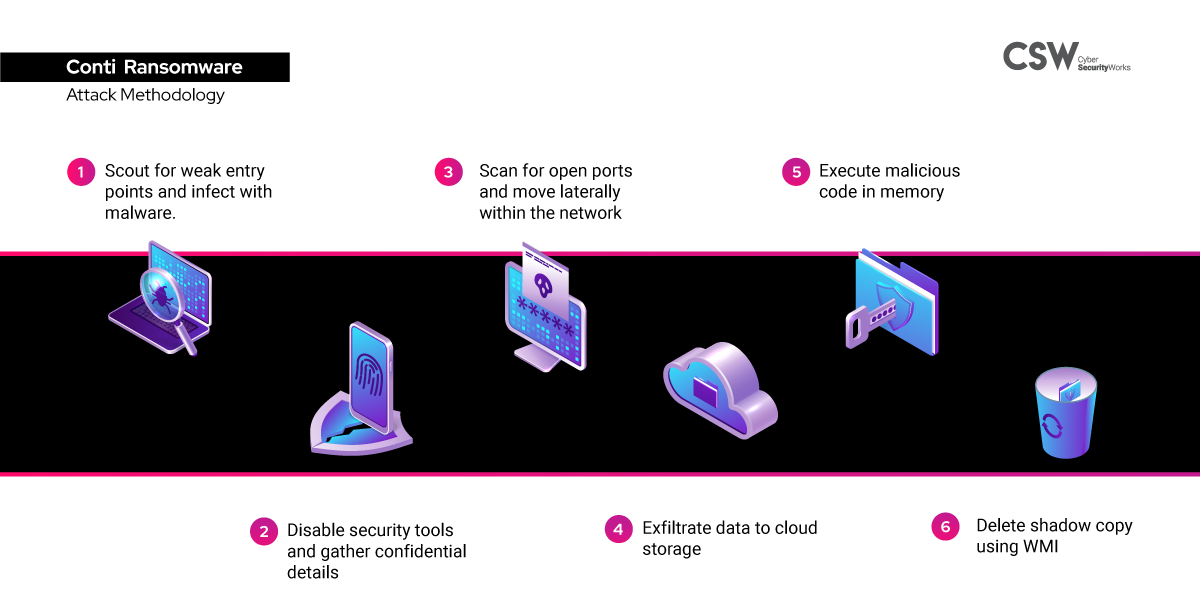 Coincidentally, on June 1, 2021, the FBI sent out a warning regarding New Zealand based Mega cloud storage being used by ransomware groups like Conti,  for data storage.

A thorough ransomware analysis is the need of the hour

The recent series of attacks is an example of how attackers might be taking it slow, waiting for bigger opportunities leading to crippling disruption. Adopting a risk-based approach and prioritizing critical vulnerabilities based on threat context is the need of the hour.

Reach out to CSW for assistance with vulnerability analysis and prioritization.