CSW experts compiled the list of vulnerabilities that were highly searched in Google and came up with top 10 CVEs. Here are our insights as to why they trended - 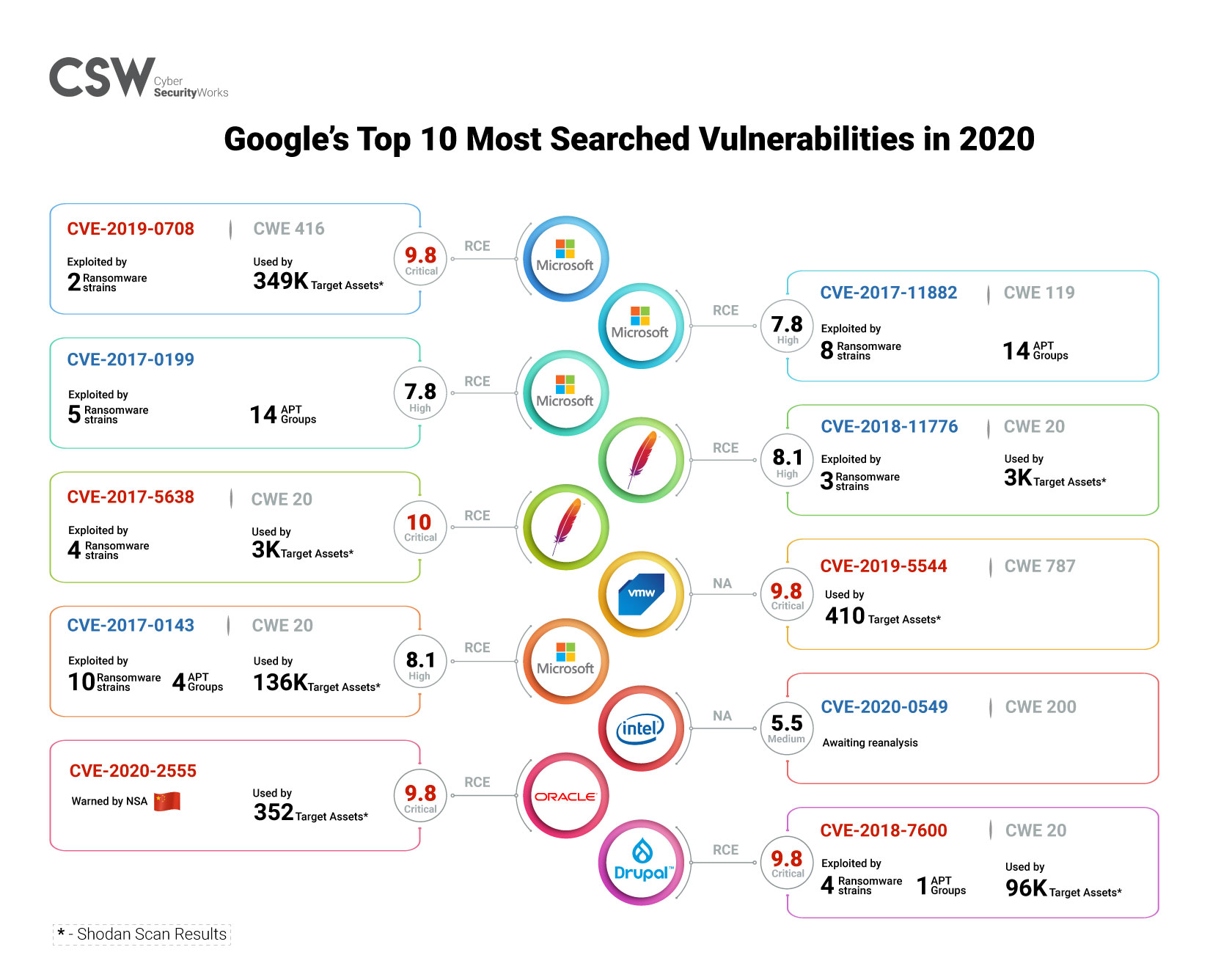 CVE-2017-5638 - a RCE vulnerability in Apache struts was found trending in 2020. This vulnerability was used to breach into Equifax and expose personal information of 147 million people.

Four out of ten vulnerabilities are categorized under CWE-20 (Improper input validation) spotlighting what developers ought to keep in mind while writing their code.

Seven Vulnerabilities are associated with 24 ransomware strains and they have been spotlighted in our recently published Ransomware 2021report.

CVE-2017-11882 and CVE-2017-0199 are being used by 14 APT groups each, to infiltrate into critical organizations and mount targeted attacks resulting in exposure of proprietary and sensitive information.

CVE-2020-0549 is a medium severity weakness that exists in Intel products and this vulnerability is capable of resurrecting private browsing history details, passwords etc. This CVE was widely searched because this weakness was discovered in 2020 and it affects desktop, laptop, cloud computers, physical servers that use intel processor generations released from 2011 onwards.

CVE-2020-2555 - RCE bug in Oracle products has a score of 9.5 and is red-flagged by National Security Agency (NSA) as they are used by Chinese APT groups.

Proactive patching is the need of the hour and that can be achieved through an ASM tool that would reveal blind spots, gaps and forgotten legacy systems.