{Updated on January 25, 2022}: A proof-of-concept to exploit the unauthenticated RCE flaw (CVE-2021-38647) has been released into GitHub. We urge Azure users to ensure that their systems are up-to-date.

Thousands of Azure users and millions of endpoints are impacted by ‘OMIGOD’ zero-days,” was the initial outburst when the open-source vulnerabilities were disclosed. Many Azure customers are unwittingly putting themselves in danger. 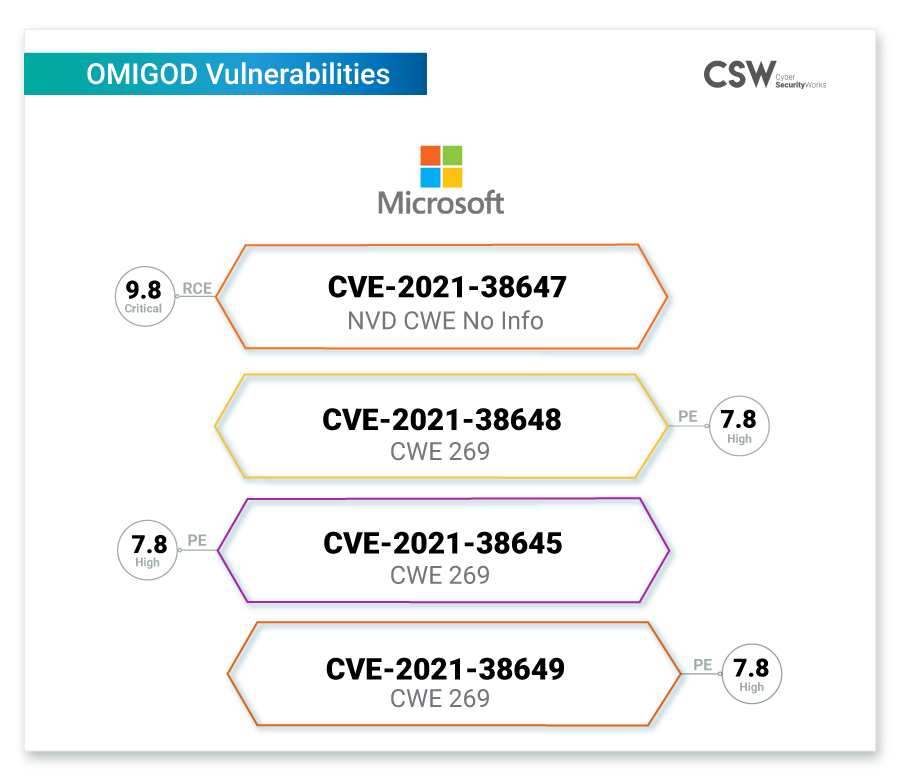 The significant unauthenticated, remote code execution vulnerability has already produced a slew of proofs-of-concept. Most alarming is that threat actors had quickly imitated the attempts, and CVE-2021-38647 has recently been observed being extensively exploited via botnet operations. We found eight hits from a basic search of the CVE on Github.

The OMIGOD vulnerability is triggered by automated "on-by-default" Azure agent installations on Linux Virtual Machines (VMs), which brings numerous vulnerabilities into your environment. An attacker can accomplish Remote Code Execution (RCE) by creating and transmitting a packet through HTTPS to a port listening for OMI. This attack is characterized as being exceptionally simple to carry out, as an attacker simply has to eliminate the packet's authentication header.

According to researchers, some of these exploitation attacks are being carried out by the Mirai botnet, targeting Azure Linux OMI endpoints vulnerable to the CVE-2021-38647 RCE vulnerability. As part of this new Mirai campaign, attackers are deploying a version of the Mirai Distributed Denial of Service botnet.

All versions of Microsoft Open Management Infrastructure (OMI) prior to v1.6.8.1 are vulnerable. The following is the breakdown of the affected products.

In addition, Microsoft users are suggested to update vulnerable extensions for their Cloud and On-Premises deployments with the available patches.

Among the four OMIGOD vulnerabilities, CVE-2021-38647 is a Remote Code Execution, which is the most severe encompassing OMIGOD.

Popular scanners such as Nessus, Qualys, and Nexpose were able to discover the vulnerability and have been labelled with the plugin ID below.

Patch Urgently and Avoid the Aftermath!

Microsoft released a patch for OMI (v1.6.8.1) to prevent these vulnerabilities from being exploited. This patch must be installed manually due to procedural issues.

We have observed a number of active exploitation attempts so far, ranging from simple host enumeration (using the uname, id, and ps commands) to attempts to install a cryptocurrency miner or file transfer. Taking this into account, we recommend applying the patches immediately and restricting OMI listening access on ports 5985, 5986, and 1270.

Worried about cyber attacks? Are you sure there are no gaps in your security?