We have put together a list of compromised  websites, IOCs, IP addresses, hashes, that were used to target Garmin. We recommend that you update your IPS (Intrusion Prevention System) and IDS (Intrusion Detection System) to avoid visiting these sites.

WastedLocker, a dangerous ransomware used by the Russian gang named Evil Corp targets US and European organizations and was earlier associated with Dridex, and BitPaymer ransomware attacks.

The attack was highly customized because the ransomware was delivered through legitimate websites that have been compromised. 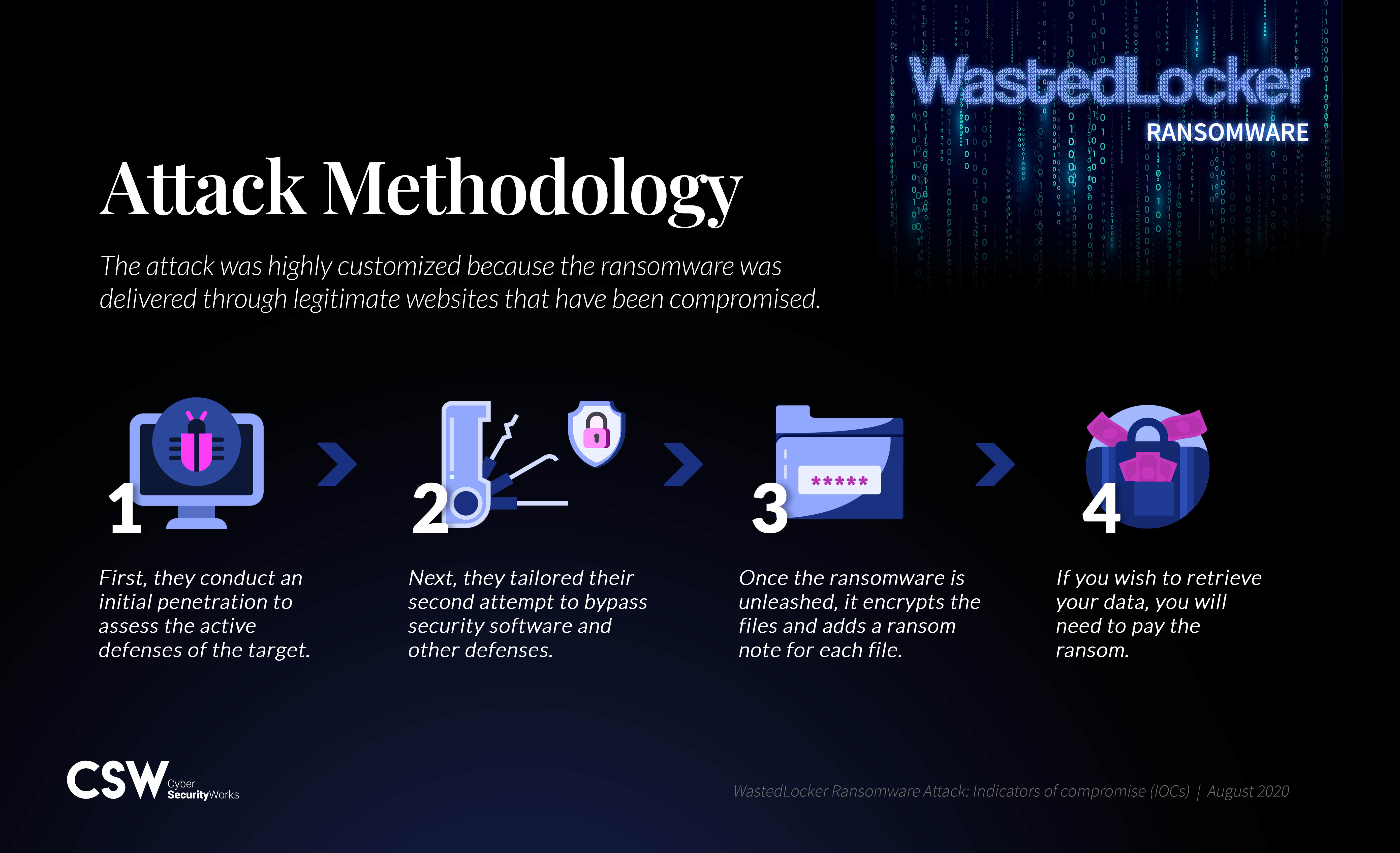 How to avoid WastedLocker attack?

WastedLocker ransomware began its attack through 150 compromised websites that were disguised as software updates. CSW analysts have put together a list of domains that have been compromised. We recommend that you add them to your IPS (Intrusion Prevention System) and IDS (Intrusion Detection System) to avoid downloading malicious scripts that would trigger this attack. (Note: Scroll up to download this list)

Over seven scanners are not detecting this ransomware. You can check them out here and switch to applications that do.

With ransomware attacks becoming more frequent and sophisticated in its payload, we believe that basic knowledge about email phishing and conducting awareness programs about cybersecurity is the need of the hour. And where this specific ransomware is concerned, having backup data in a non-connected environment would keep you safe.