Microsoft patched 44 unique security vulnerabilities in August 2021. We analyzed these weaknesses and spotlighted the most important vulnerabilities that ought to be fixed on priority. 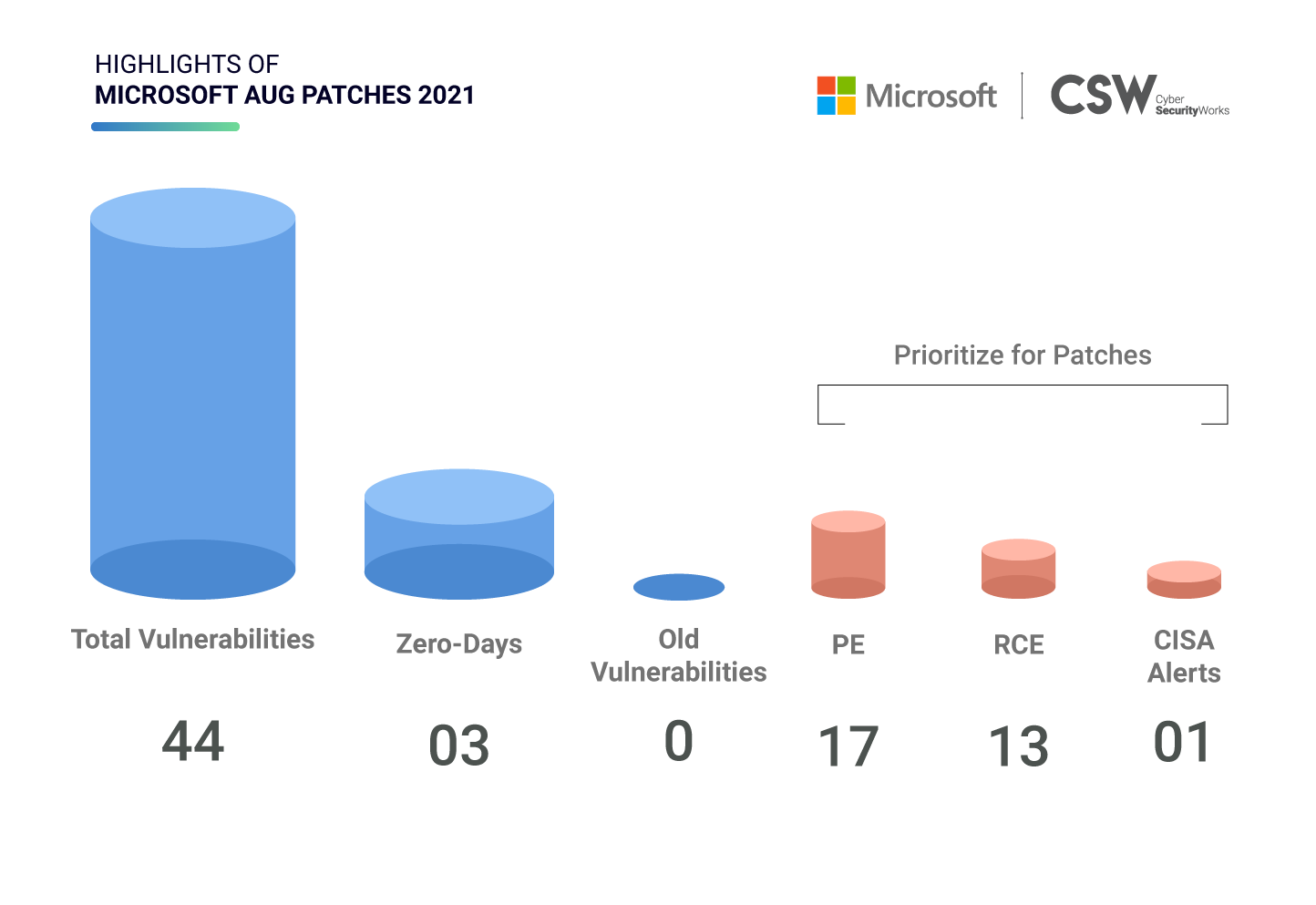 Microsoft had released patches for three zero-day vulnerabilities this month:

CVE-2021-36948 in Windows Update Medic Service with Elevation of Privilege is the only one that has been exploited in the wild, according to Microsoft's research. It's conceivable that CVE-2021-36948 is a version of CVE-2020-17070, which was reported in November 2020, due to its exploitation status.

In July, PetitPotam was released—a tool that could possibly launch a NTLM relay attack. Windows New Technology LAN Manager (NTLM) is a Microsoft authentication protocol in which the attacker intercepts authentication traffic between a client and a server on a network.

Next is the most notable fixes in the new batch (CVE-2021-36958)—address the Windows Print Spooler Remote Code Execution vulnerability, which has been a hot subject since its discovery in June. Microsoft was also chastised by the security community for botching the distribution of fixes to fix the problem. 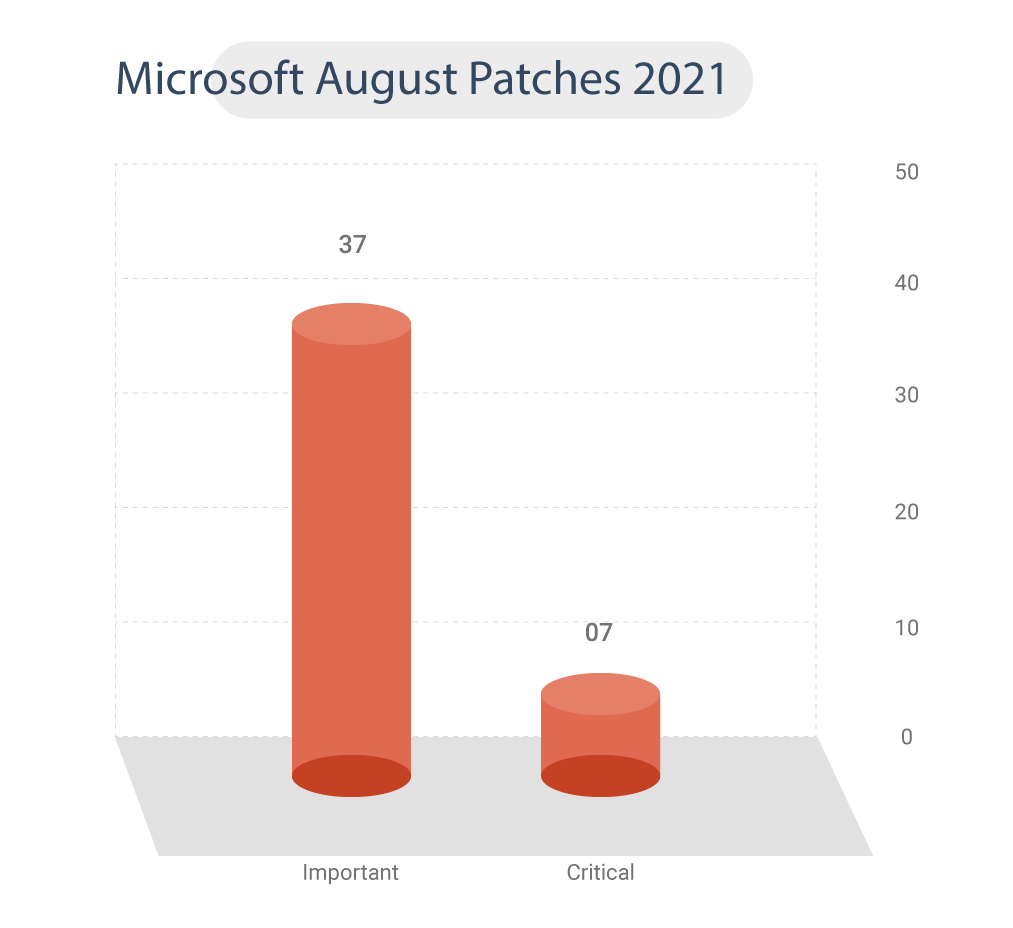 This month, Windows products received a fix for 28 vulnerabilities in which 10 accounted for Remote Code Execution, 12 for Privilege Escalation possibilities, 5 classified as Information disclosure bug and 1 as Spoofing.

CISA has issued an overall alert to address the vulnerabilities in Microsoft products. As always, we suggest patching systems as quickly as possible and monitoring your environment on a regular basis to detect systems that haven't been patched.