Why Should Schools Prioritize Cybersecurity?

Of all the sectors that are under threat from cyber attacks, education has the most serious challenges to overcome. Lack of resources and funding, combined with the usage of legacy systems, is enabling cyber attackers to disrupt the day-to-day operations of schools while stealing valuable information from school networks to ransom them for amounts that the schools could ill afford.

Ransomware incidents cause significant damage in terms of finances, reputation, and data security. In 2021 US schools lost $3.56 billion due to ransomware attacks and in two cases it led to the shutting down of two educational institutions for good.

In the following blog, we provide a snapshot of how CSW is helping schools gain resilience against cyber attacks and evolving threats and what schools can do to stay safe from ransomware attacks.

Here are the results of an assessment that CSW conducted for a US state’s educational department. 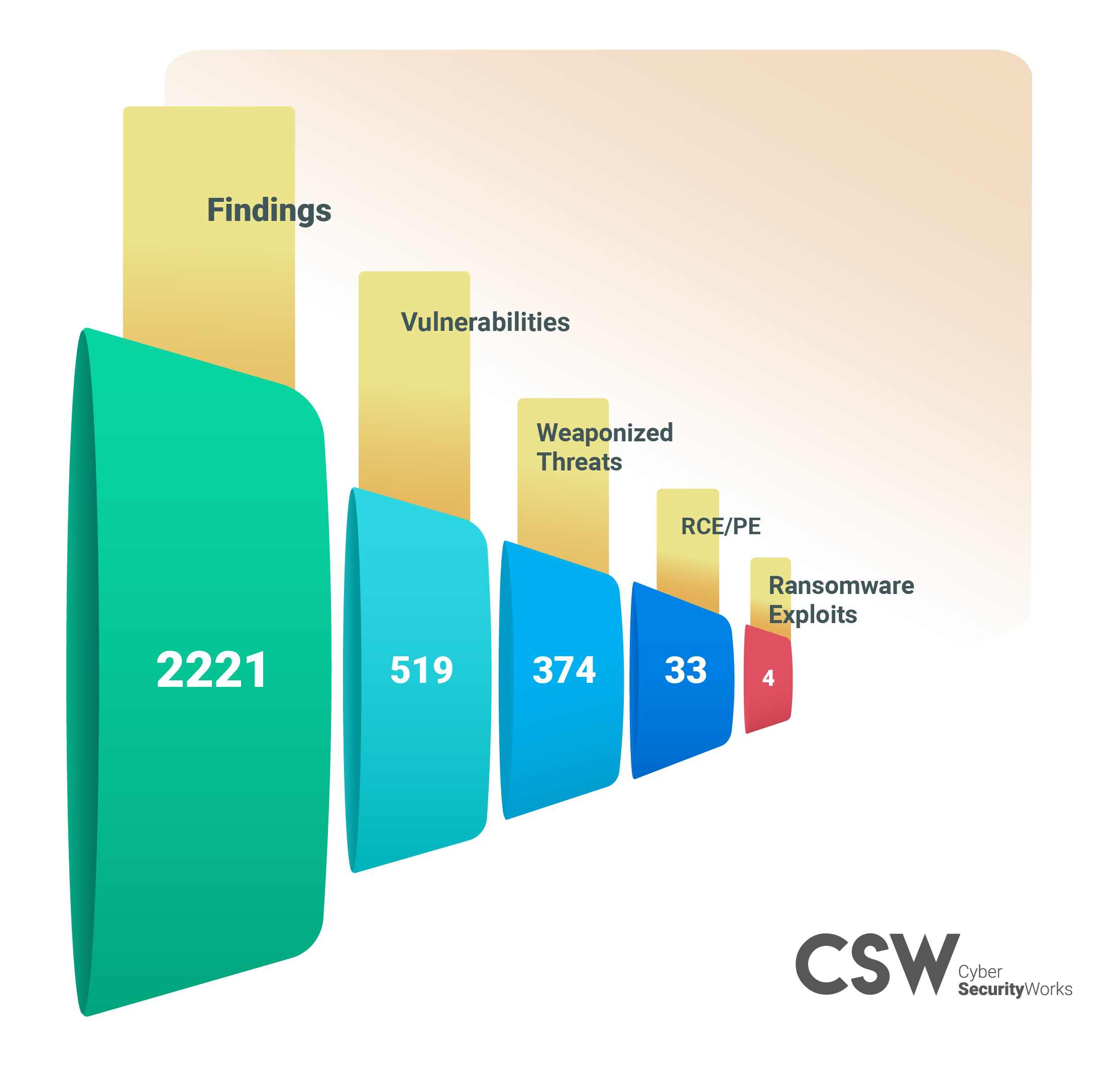 We investigated 188 district and charter schools for the state and scanned 1172 assets. Here is what we found: Among the 1172 assets discovered, there were 2221 findings with 519 unique vulnerabilities.

Weaponized Vulnerabilities: We also found that 374 vulnerabilities are weaponized and can be exploited by attackers to gain access to the school systems and steal data.

Based on our AI and ML-based predictive analysis, CSW researchers warn that 78 (17%) of the existing vulnerabilities are most likely to be exploited by malicious actors and need to be remediated immediately. 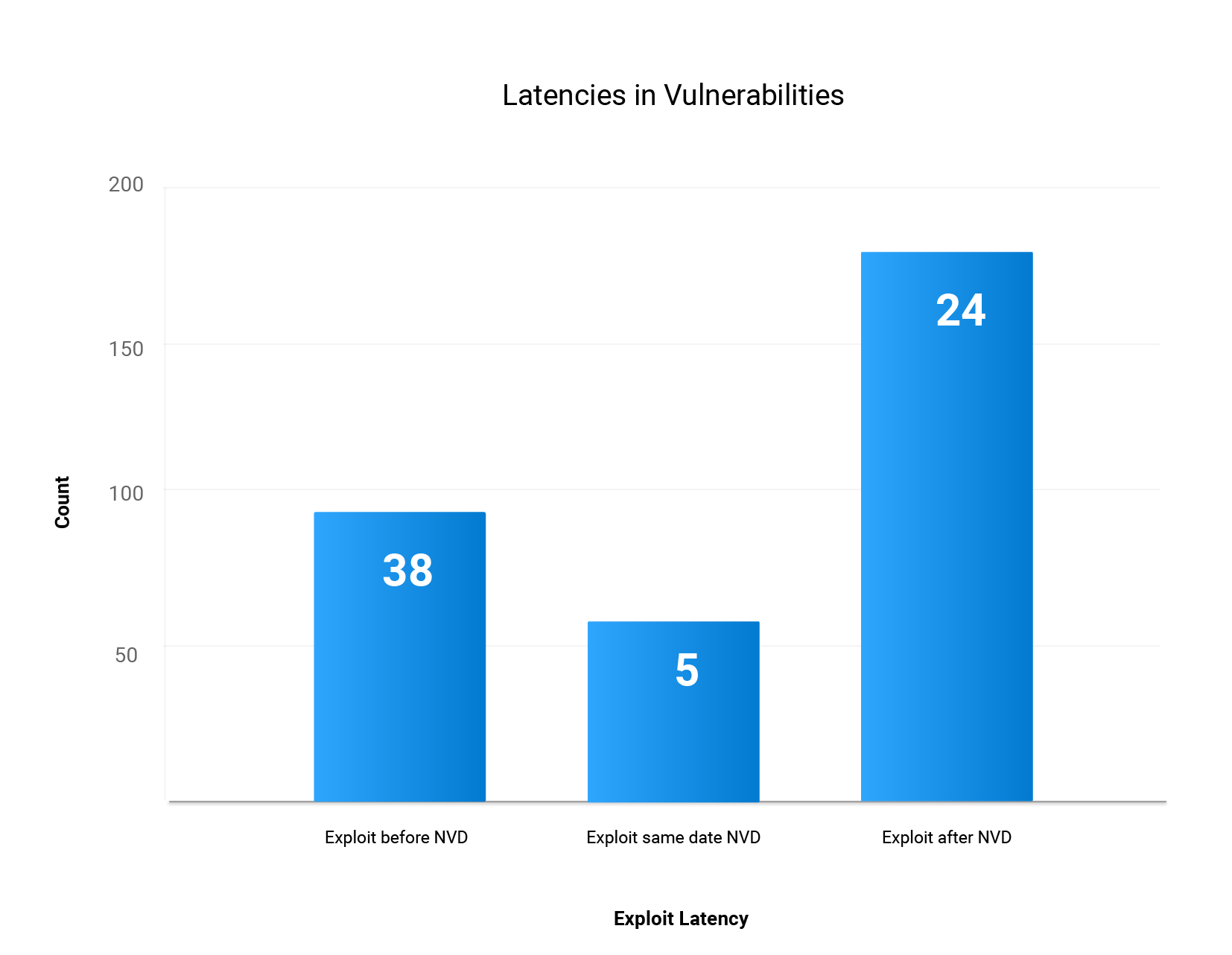 RCE/PE Vulnerabilities: We identified and prioritized 33 RCE/PE vulnerabilities that needs to be remediated immediately as they allow hackers to remotely execute malicious code. If left unchecked, data loss and access loss are imminent.

Ransomware-associated Vulnerabiltiies: Three of the district schools have vulnerabilities  that have known ransomware exploitation instances:

Vulnerability Aging: 22% of the vulnerabilities could potentially be present in systems since 2001 (based on the vulnerability age), which is extremely dangerous as there are many attack methodologies readily available and refined over the years. Interestingly, 45% of the exploits have cropped up in the last six years.

As a result of CSW’s asset scan and exposure prioritization, 30 out of 74 schools performed remediation on open weaponized vulnerabilities and improved their security posture.

Four overlooked exposures that schools should look for

A cyber attack can result from multiple different exposures introduced into organizational attack surfaces. These can easily be discovered, if you know what to look for.

Let’s look at some of the possible attack methods that have been utilized in recent years.

While the above list is by no means complete, it gives us a good idea of the number of exposures that exist in school networks even as we write this.

Current State of Cybersecurity in US Schools

Even while we worked with the above-mentioned US state school, attacks on prominent public schools and colleges were happening.

A look at the attacks listed shows that over 50% of these incidents spiraled quickly into full-fledged ransomware attacks. Research shows that, in the US alone, over 1043 schools and colleges were subjected to 77 individual ransomware attacks in 2021. When a school is exposed to a ransomware attack, it has dire financial consequences, and data breaches that lead to exposing of confidential information about students can lead to identity theft. Check out the tweet given below, to see how disruptive it can be for students and the institution as well.

A student affected by the Sutherland cyber attack

Our research also notes two threat actors - APT 1 (China-based cyber-espionage group) and Tilted Temple  are targeting the education sector, primarily in  the US.

Five things that schools can do to safeguard themselves

Schools are an easy target for cyber criminals because of the following reasons:

While many schools have been made examples with countless cyber attacks carried out against them, we do not see a proper response from the decision makers. It is high time authorities step up and take measures to curb the attacks, and the consequential impact to millions of students around the globe.

A penetration test helped the University of Kentucky discover a data breach that was the result of a vulnerability in a web-based portal developed by the university.

CSW provides various tools such as Attack Surface Management, VMaaS, pentesting as a Service, and Ransomware Assessment to help protect against various types of cyber attacks. You can reach out to us to understand the specific tools that would cater to your organization’s needs.